Reed just got called to serve in our ward Young Men's program. The boys are going to absolutely love having him in there. Here's what we've been up to while he's at Tuesday night mutual.
Week 1: Finger Painting with Chocolate Pudding (which quickly turned into body painting!)
Evan slathering pudding on like sunscreen... 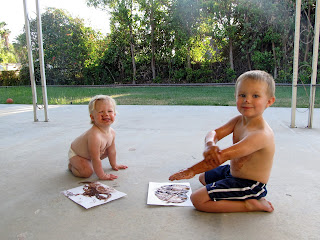 Having a great time! 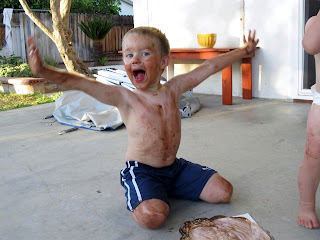 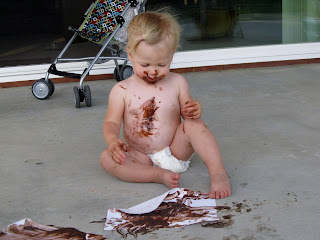 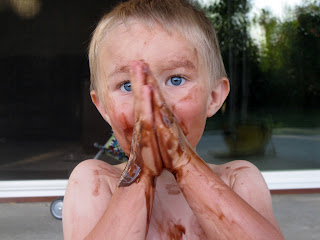 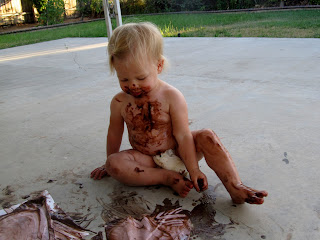 Week 2: Rainbow Colored Pasta (wouldn't have been too messy, but I added a little too much oil to keep it from getting sticky) 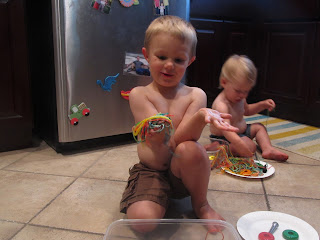 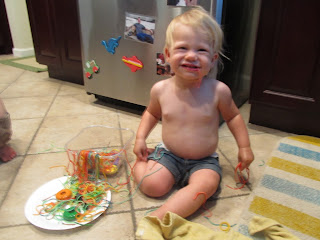 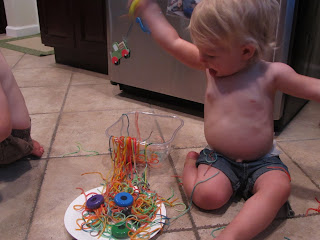 Maybe we'll pick something a little cleaner next week...
And since I was called to teach in Primary, Audrey had her first day in nursery a little early. But she did great and didn't seem to care we weren't there! 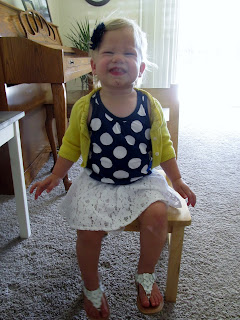 Looks like fun at your house! I need to try some of that with my kids. I cant believe Audrey is going to nursery! What a big girl! Sounds like things at your house are plenty exciting

what a great mommy you are....my kids just played with stuff like that they weren't supposed to find!

How could anyone that cute NOT have a great time in nursery . . .I'll bet the she got whatever she wanted. Love the pudding love the pasta--I might have to spend a Tuesday night with the gang

You are the coolest mom EVER! Love the fun you're having with the kiddos. They are sooooo dang cute.