This is a long one!

Things have been crazy here lately. But it's been crazy fun! We just finished our 2nd back-to-back family reunion (3rd if you count the week before when we had Reed's parents here and got to spend extra time with his local family). First up was my mom's family reunion celebrating her parent's 60th anniversary-impressive!
We all met up at a park in Arco, Idaho for a picnic and some fun little games. It was so fun to get to see everyone there. It's been a LONG time since I've seen some of my cousins. Later that evening we met up at a local church for a nice dinner and short program for my grandparents. I love my Tibbitt grandparents and the legacy they have created. We got to see (parade style!) that they have quite the posterity. Everyone else there was taking pictures, so I didn't bother to take any.
Sunday after church we headed up to Redfish Lake, Idaho. It's one of my very favorite places in the whole world. My mom went camping there every summer growing up and we went camping there almost every summer when I was growing up. It was so fun to get to see Evan just soak it all up and explore and love it the way I did.
We stayed in some cabins in nearby Stanley that were right along the Salmon River. It was so fun to have the river right behind us. The kids (Evan and his cousins, Bailey & Connor) loved wading in it and throwing rocks and sand into it. 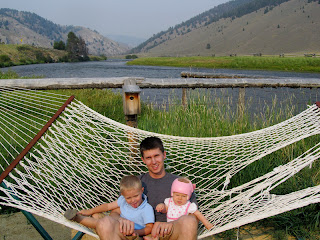 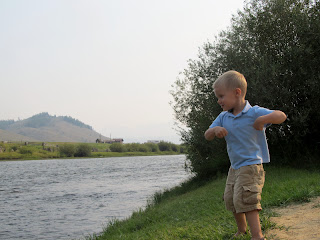 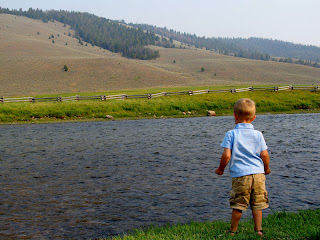 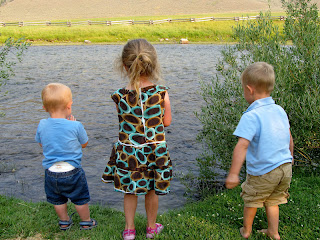 Sunday night we took a walk down by the lake. It's a little hazy up there now from fires, but it was still so beautiful and peaceful. 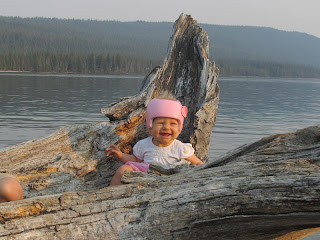 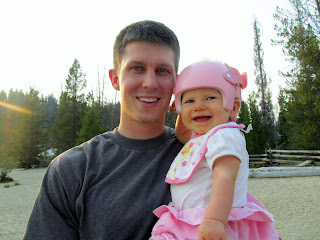 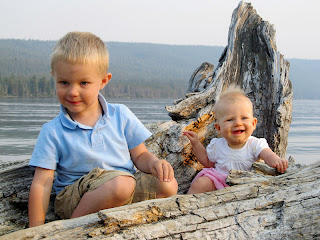 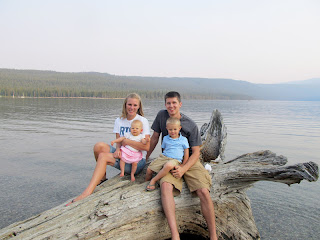 Monday was beach day. Evan LOVED playing at the beach! He waded around in the water and played in the sand. My dad brought a little raft that he really liked going in for rides. Audrey enjoyed taking some naps while being held and I even got away for a little while to ski behind Uncle Wes' boat. Redfish water is SO cold, but it was so fun to ski again. 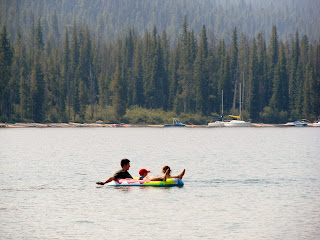 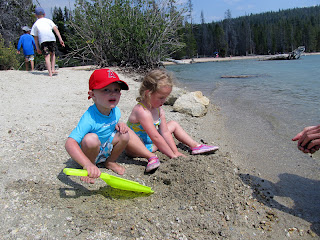 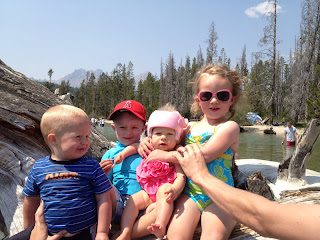 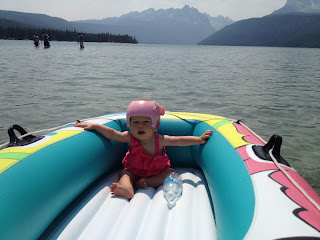 Audrey getting a turn in the raft

After dinner on Monday, we went to the Ranger Station/Visitor Center and did the little nature walk. Evan and his cousin Bailey kept saying-I found some nature! 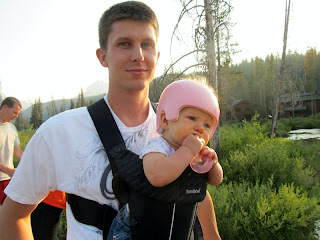 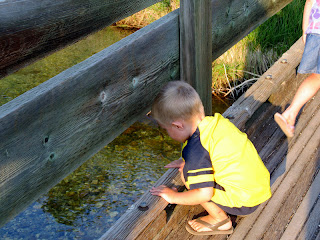 Looking for some fish 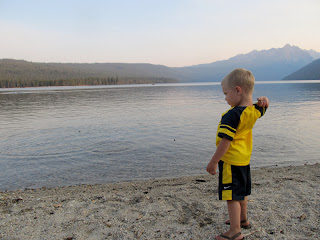 Quick stop at the beach to throw more rocks

Tuesday morning started off at the Fish Hatchery! The kids loved feeding the fish! 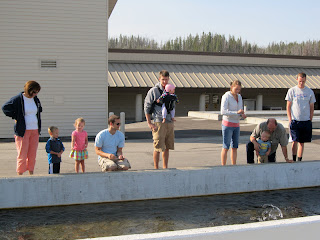 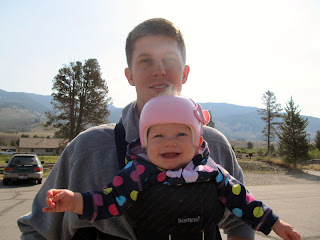 Then it was back to the lake to do paddle boats. Evan thought it was pretty fun, but he was ok with it when it was over. Reed was glad when I put the camera down and hopped in to help him paddle! 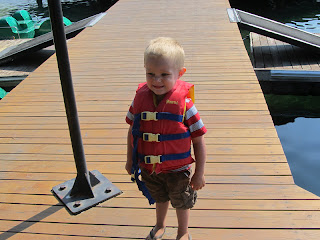 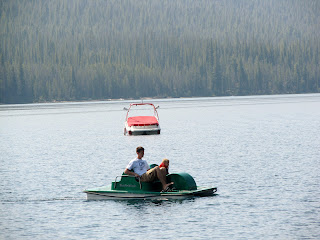 After a visit to the general store for a few little souvenirs and a quick lunch, we were back in the car headed home. 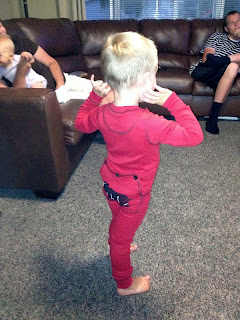 Evan modeling what Grandma & Grandpa got him from the General Store

So what does our family reunion in Idaho have to do with California dreamin'? Absolutely nothing. But while we were there we decided to accept a job offer in Riverside, California! We a little nervous, but really excited. Reed will be working as a field engineer for PCL construction. We'll FINALLY leave Utah (no more long cold winters for me! woo hoo!) on September 4 and Reed starts September 10! Did I mention things have been crazy lately?! Yeah, it's only getting started...!

Posted by Brittnie at 2:07 PM 4 comments