Now that Reed is done with finals he's able to come home earlier or not go to school at all! Evan loves it-they are BFFs. Since he was home, we finally went out and enjoyed the fresh snow! So of course we had to make a snowman! 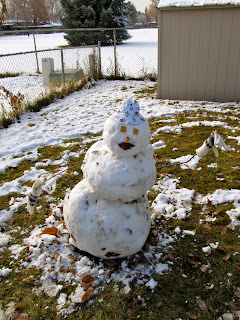 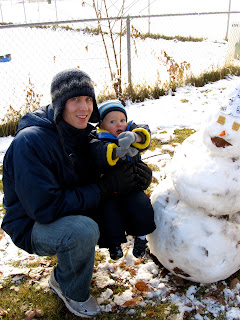 Evan trying to sign cracker because the silly snowman used his cracker for eyes
It's a good thing Reed came home and took charge over the snowman. Being the little California girl that I am, I had no idea that you could make a huge snow ball by just rolling it around! I totally thought that was just something funny they did in cartoons! The rolling method is a lot easier than my patting it together method! 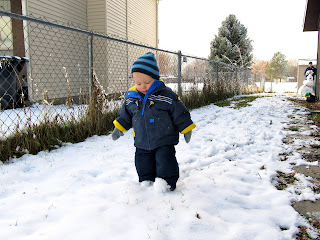 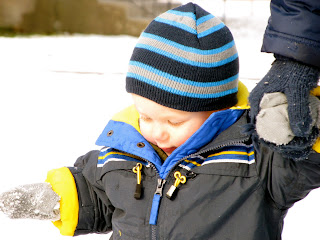 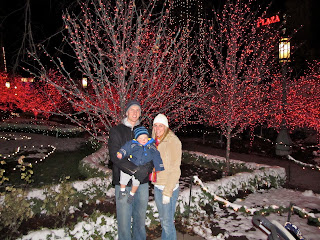 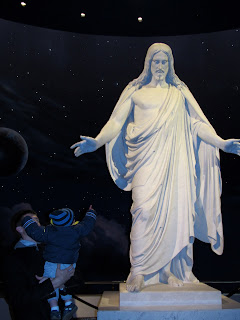 But Evan made sure to let us know when he was cold and had had enough! 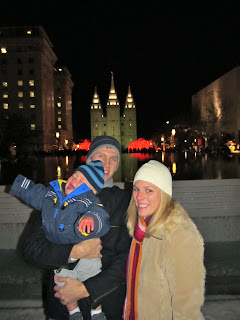 That is so funny you didn't know about rolling up the snowball for the snowman! Hilarious

Darling pictures of the little guy, leave it to Evan to be slightly irritated that the snowman got a cracker--he is such a great eater! I think my little California girl got a pretty good snowman out of not a whole lot of snow. It is so funny that when the snowman is finished there is no snow left on the ground!

Looks like a fun time! I love that last picture.

The lights at Temple Square are AWESOME!