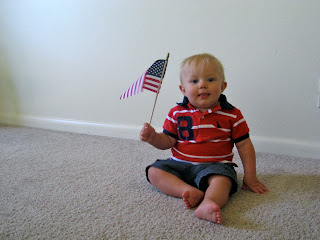 We love the 4th of July. It's my very favorite holiday. Warm weather, BBQ's, and fireworks-doesn't get much better than that! Here's how we celebrated this year:
Friday night we headed to downtown Provo to check out the Freedom Festival. Evan loved trying on sunglasses! He was really funny. Here are a few of his favorites: 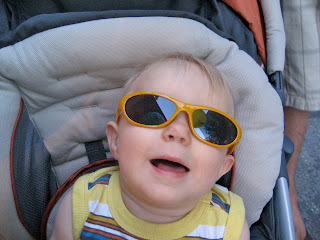 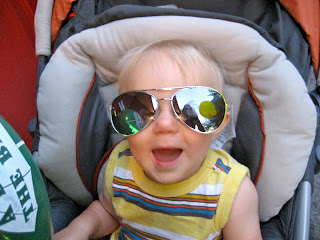 Saturday morning we watched the Argentina-Germany World Cup game. Evan was pulling for Argentina, but it didn't work out. 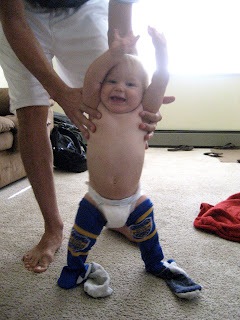 After Evan's morning nap, we were off to the pool. After his afternoon nap, we kept with tradition and went to the BYU Men's soccer game against the Ogden Outlaws. BYU won 3-1! 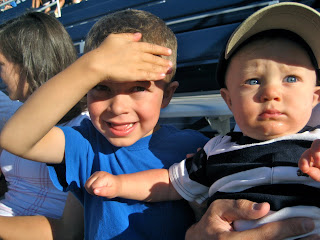 Then they let us down on the field to watch the Stadium of Fire fireworks. We were really nervous about how Evan would do with the fireworks, but he did awesome. He just sat on my lap and enjoyed the show! 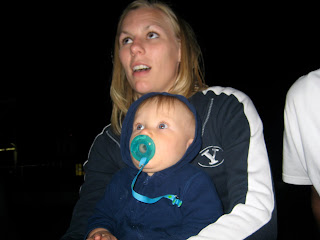 Sunday we went to church and then to Reed's brother's house for an awesome BBQ!

On Monday, we went to the Freedom Days Grand Parade. Evan liked seeing the horses and motorcycles, but was ready to get down and crawl around about 20 minutes into it! 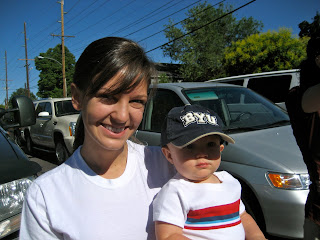 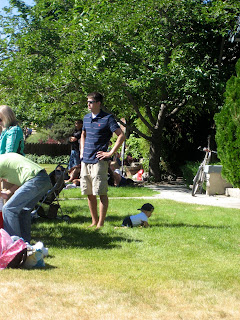 Oh Evan!!! You are SO stinking cute. I can't believe how fast he is growing. Glad you had a fun fourth! We love the fourth as well. Such a great holiday!!

I love holidays, you know why? EVAN PICTURES!!!! He makes sunglasses look good!

that is one darling baby...hooray for the fourth...

Those pictures are so cute! Evan is as handsome as ever and it looks like you guys had a great 4th of July. The sunglasses were the best!

Cutie-pa-tootie! He's adorable. We were at the Stadium of Fire...too bad we didn't run into you!