We hope everyone had a wonderful Thanksgiving! We've had a great long weekend. We started off Wednesday night by going to the Body World museum in Salt Lake. It was so cool! We got to see most of the human organs (both healthy and unhealthy), muscles, and blood vessels. Some of the bodies were doing gymnastics, some were shooting arrows, and one was even hurdling! It was really cool. We thought it was really nicely done and are really glad we went. 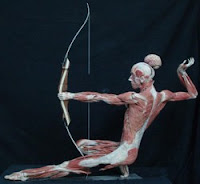 Thanksgiving Day we went up to Park City with some of Reed's extended family. It was good to see them and Grandma and Grandpa Chilton. Dinner was delicious! and we're so excited that it's now officially Christmas season! On Friday we got our Christmas tree (of course a REAL one!) and decked our house with lights and our other holiday decorations. We didn't do much shopping, but we did do some. It might not sound like a super exciting weekend, but we've really enjoyed it and are even more excited now for Christmas break!

Posted by Brittnie at 7:17 PM 5 comments

So we just got back from our wonderful trip to Hawaii. The men's volleyball team played in a tournament at the University of Hawaii, so I came along with them. We had so much fun! The tournament consisted of 3 schools-BYU, U of H, and USC-and each school had 2 teams. Both of our teams won 2 and lost once, so it was good. It was so fun to get to see Reed play again-and he did so well! But seriously, no one REALLY cared that much about volleyball...

I could type forever, but I know that can get boring, so here's our trip in pictures.
We went to Hanauma Bay to go snorkeling 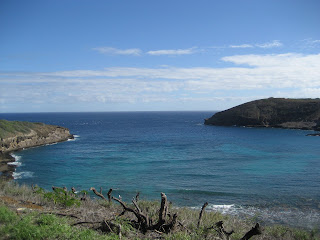 We saw hundreds fish of every shade of every color, an eel, and even a big sea turtle! He was pretty cool! 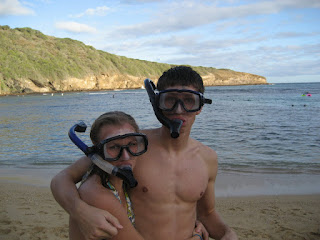 We went to The Sandy Beach where we saw some really big waves. 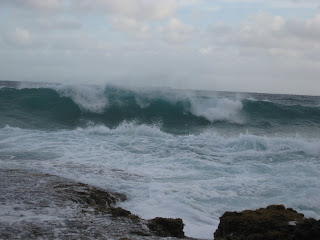 Those crazy boys thought twice about going in... 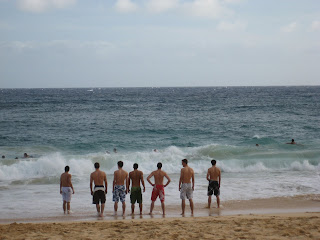 ...but in the end, they just couldn't resist! 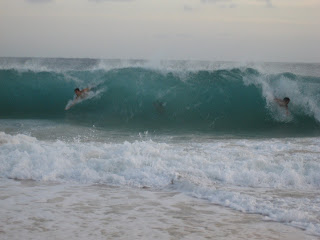 Reed and I later went exploring over on the rocks-it was beautiful! 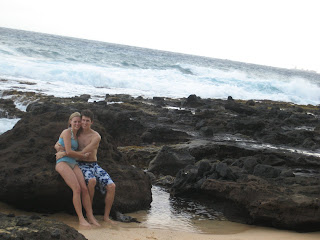 We later learned that the waves at The Sandy Beach weren't that big or impressive when we pulled up to North Shore-the waves there are incredible! 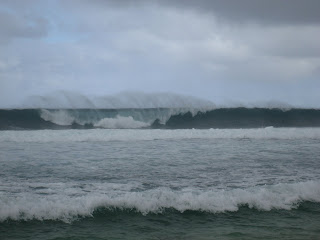 Reed and Kevin really enjoyed playing "Crack the Egg" and getting hammered by the waves breaking on the shore-it was pretty funny to watch! 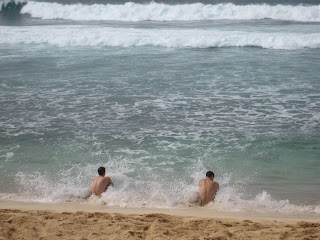 On our way back, we stopped by to see the Laie, Hawaii LDS Temple-it was beautiful! The grounds around the temple were amazing. 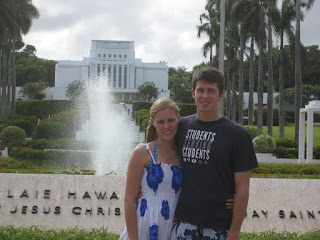 We had such a great trip. We are so thankful for the opportunity we had to go and that it was a fun and safe trip. Aloha! 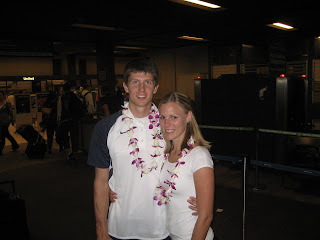 Posted by Brittnie at 6:09 PM 6 comments

If you want to see what our plans were for Halloween, click on this link and watch "True Blue Athletes and Halloween" off on the right side (if it's not there anymore, click on "watch more videos" on the bottom and it should be there). And if you go to the Athletic Department page off the link you can read an article about Reed's brother, Kyle, who just got hired as the Media Relations Assistant Director. We're so excited to have Kyle and his family back in Utah!

Posted by Brittnie at 6:00 PM 1 comments