We had such a fun Halloween this year! Evan has been obsessed with all things ghost this year, so that's what his costume was! We were a little worried because he wasn't very interested in wearing his costume, but once he figured out that he got treats when he wore it, he was all for it! And with enough bribing, he even let me put white paint on his face!
Here's our spooky little ghost with mom on our way to the ward Halloween party 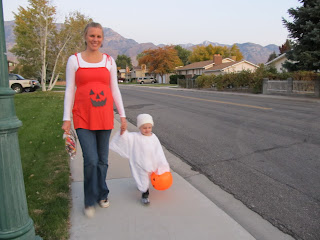 Here's Evan on Halloween night with Rapunzel (she even took her frying pan!) and Harry Potter right before we headed out for Trick or Treating 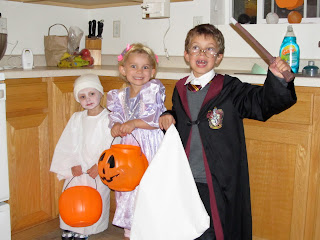 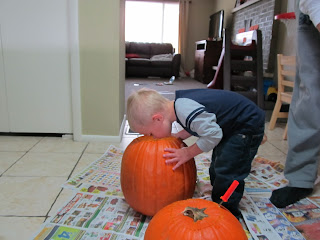 He didn't want to touch the pumpkin guts, so instead he used a spoon and took out each individual seed. 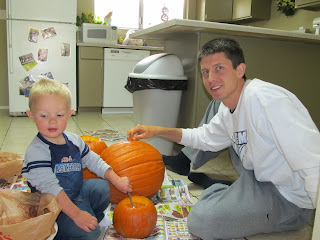 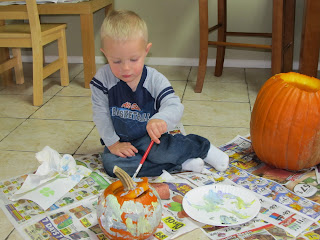 And here's our finished pumpkins! 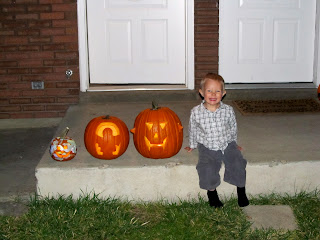 We hope you all had a spooky Halloween!

Posted by Brittnie at 3:43 PM 1 comments